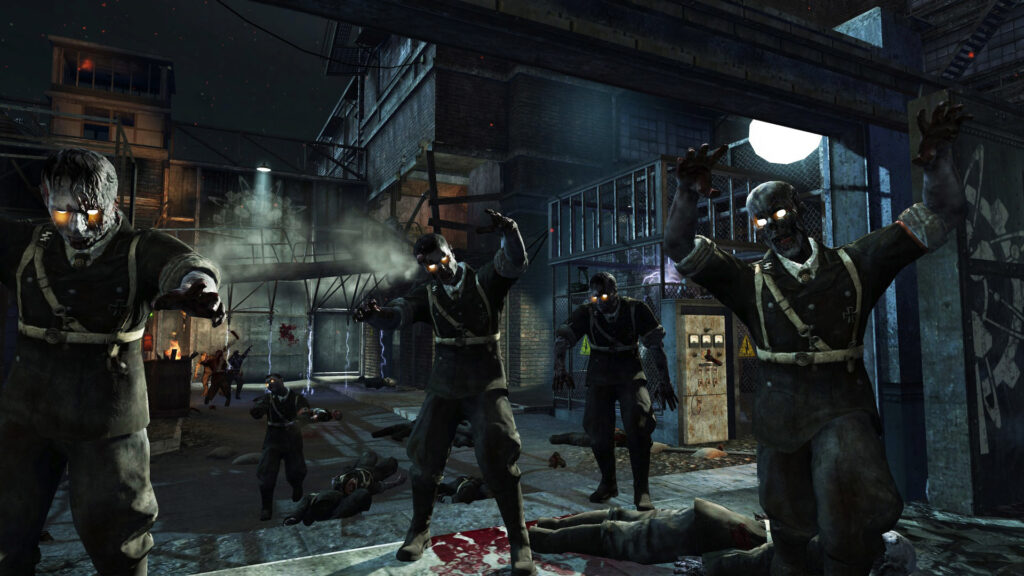 Zombie games for PC. Zombie games are most popular game category because of its action and fun based gameplay and horror and thrilled scenes. There are lots of zombie games lets check out top 10 zombie games. 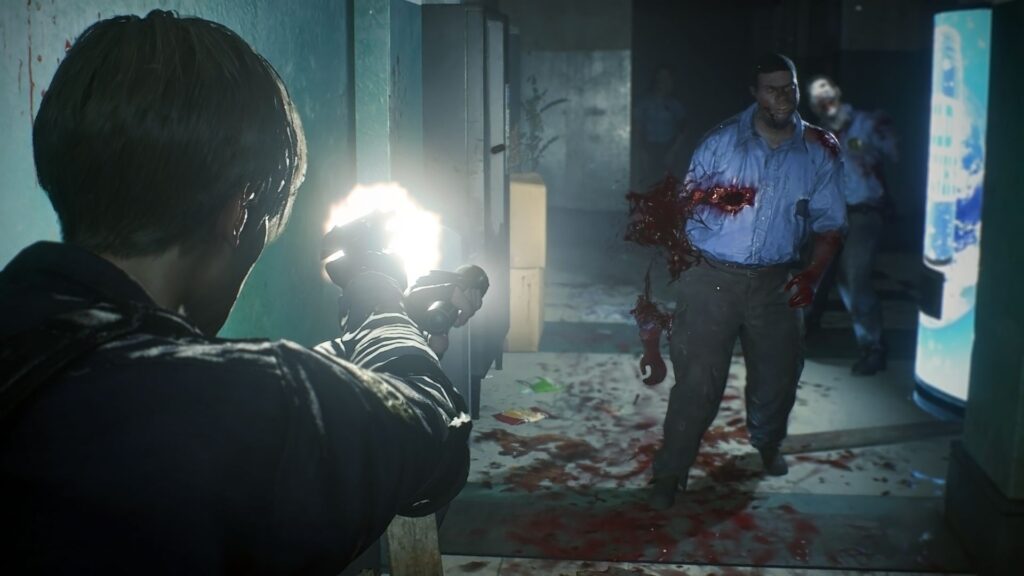 Resident Evil 2 is a science fiction survival horror game developed and published by Capcom. It is one of the Best Zombie games for pc. A remake of the 1998 game of the same name. While exploring the police station, players can find and pick up items that can help them survive and escape. Certain items such as herbs and gun powder can be combined together to make healing items and ammunition respectively. Items can also be inspected for clues gaining access to certain areas or items hidden throughout the game and can be discarded after use.

Overall combat varies depending on difficultly. Assisted difficulty allows aim assist and health recovery along with weaker enemies while hardcore difficulty has stronger enemies and has scarce ammo for players to find. Combat will also vary depending on who players are fighting. Enemies will generally come after players after they are spotted and can be killed or crippled to slow the down. Zombies will attempt to break into the station through windows but can be stopped if the windows are boarded up beforehand. Certain enemies must be fought in order to progress through the game and cannot be avoided. 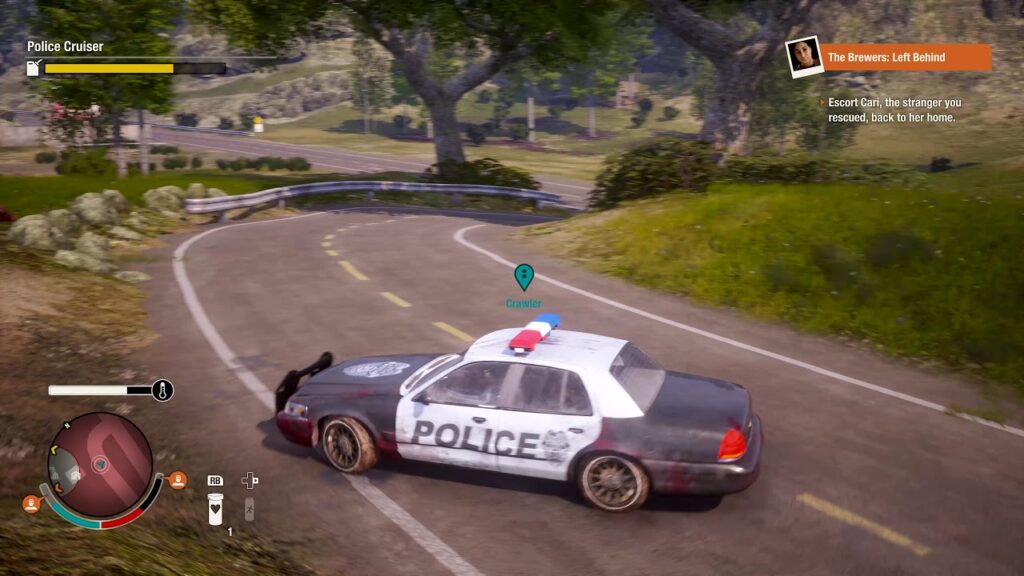 State of Decay 2 is the ultimate zombie survival fantasy game made by Undead Labs. Unlike other zombie games for pc that have you to fight and kill the zombie menace, but with State of Decay 2, the focus is more on surviving from day to day while taking care of a whole community instead of a single survivor. Gathering supplies, building up your base, recruiting new faces and training your survivors. How will you survive? 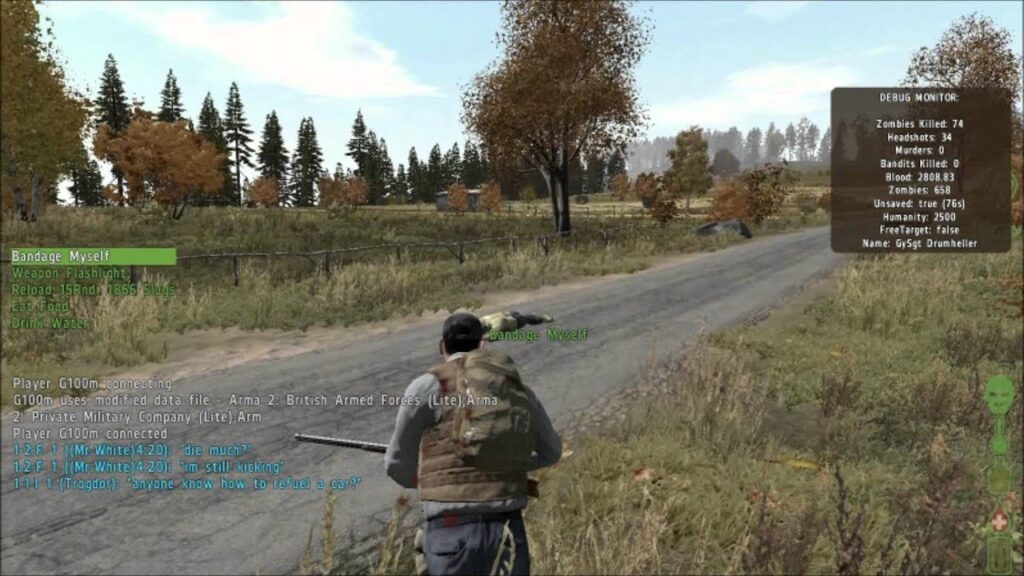 Dayz is a zombie survival game developed and published by Bohemia Interective. The goal of DayZ is to stay alive and healthy during the conditions of the zombie outbreak that have befallen the in-game world. The player begins equipped with only simple clothes, a glow stick and 4 rags, and must begin exploring the large 225 km2 landscape of the fictional former Soviet Republic of Chernarus to investigate locations such as houses, barns, and apartments to scavenge supplies. These supplies include food and water, which are basic keys to prolonging the player’s life.

The camera is placed behind Leon and zooms in for an over-the-shoulder view when aiming a weapon, or a first-person view when aiming with a sniper rifle. There is no crosshair for firearms; instead, every firearm has a laser sight. Unlike previous games where players can only shoot straight, up, or down, players have more options. For example, shots to the feet can cause enemies to stumble, and shots to the arms can make them drop their weapons. Players can also shoot down projectiles like thrown axes or scythes. 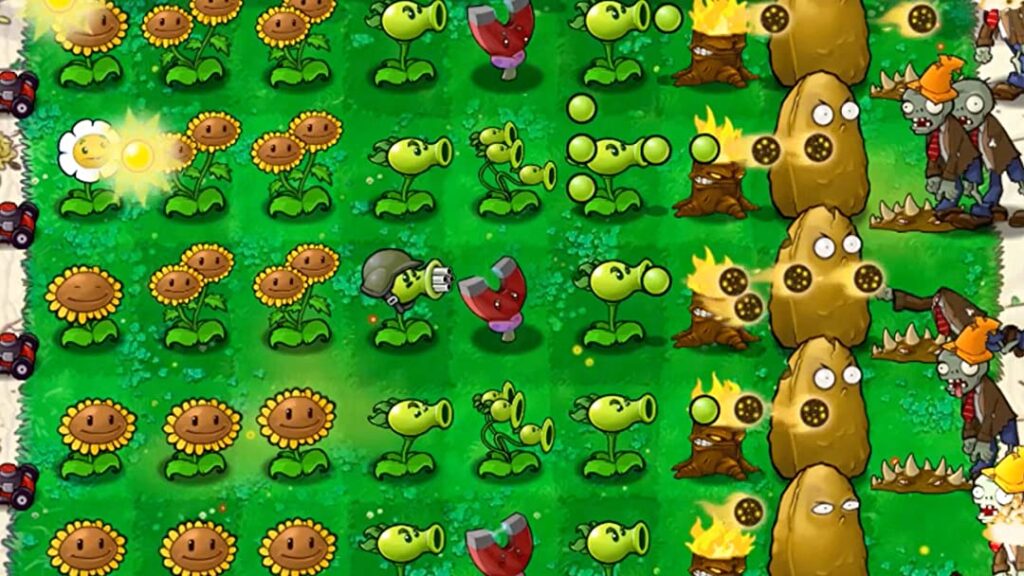 Plants vs. Zombies is a tower defense and strategy video game developed and originally published by PopCap Games. Unlike other zombie games for pc, this game has different mechanics. This game take the zombie survival to zombie defending class. In this game, players has to has to defend their house from zombies.

The player places different types of plants and fungi on the field, generally stylized as a lawn, to defend their house against the zombies. Best Zombie games for pcThe playing field is divided into a grid of five horizontal rows and a varied amount of columns. Each plant has a different style of defense, such as shooting or exploding on impact. Zombies also have their own gimmick, with certain plants being stronger at conquering each one.
The player can only pick a limited amount of plants during each level. and each plant costs “sun” to place. Sun is collected by either clicking on ones that randomly generate over the lawn, or that is generated by certain plants, like Sunflowers and Sunshrooms. 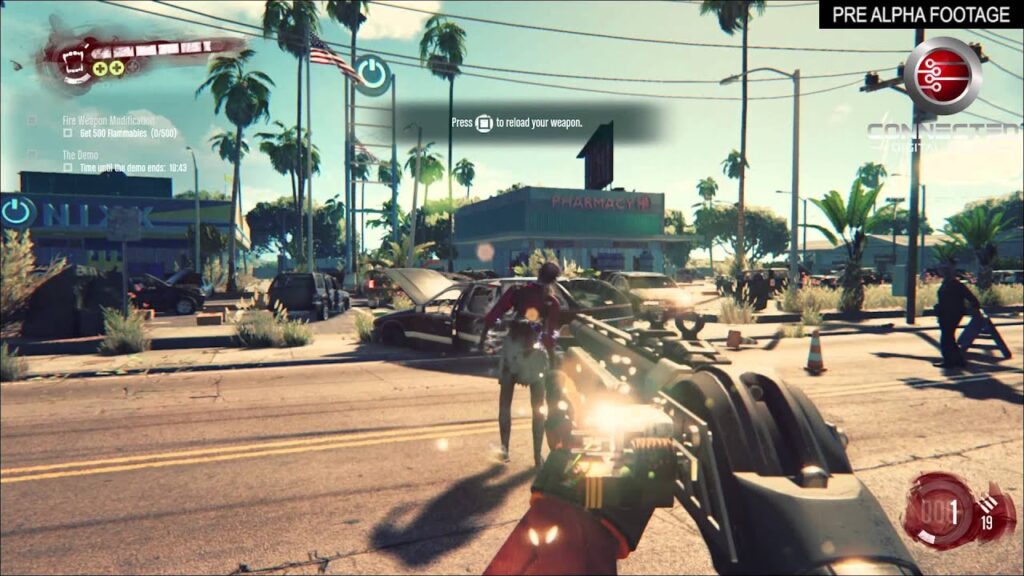 Left 4 Dead is a 2008 multiplayer survival horror zombie game for pc, developed and published by Valve South.  It is a first-person shooter in which the player takes control of one of four survivors; if human players are not available, the remaining survivors are filled by AI-controlled bots. They play through campaigns fighting off the infected—living humans who have been infected with a rabies-like virus that causes psychosis. The overarching goal is not to clear infected, but only to reach the next safe area alive.
This is compounded by the presence of an “AI Director”, who tracks each player’s current situation, and will add or remove items & infected in response; with the goal of maintaining constant tension and creating a new experience with each playthrough. 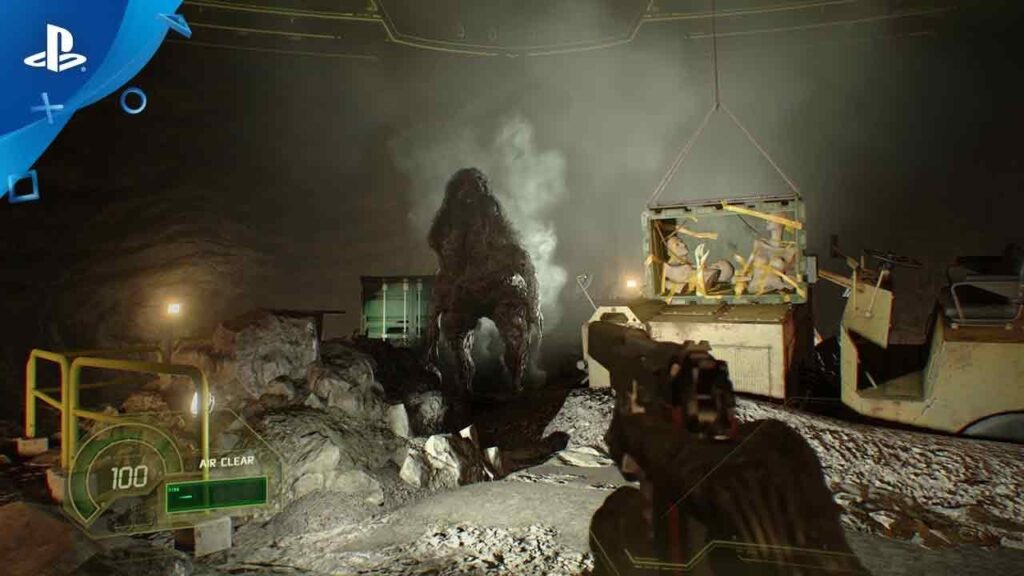 Resident evil 7 is a first person zombie survival shooter game for pc. The player controls Ethan Winters from a first-person perspective as he searches the Baker house for his missing wife. Although Ethan is a civilian with few combat skills, he is able to arm himself with a variety of weapons including handguns, shotguns, flamethrowers, explosives and chainsaws against the Baker family and a humanoid form of fungus known as the “Molded”.
He can block attacks to reduce damage. Various sections of the game are spent being pursued by members of the Baker family, who, if engaged in combat, can only be temporarily incapacitated. However, these encounters are avoidable by means of stealth, or running away.

READ THIS ALSO: Among us tips: Best Tips and tricks for Among us 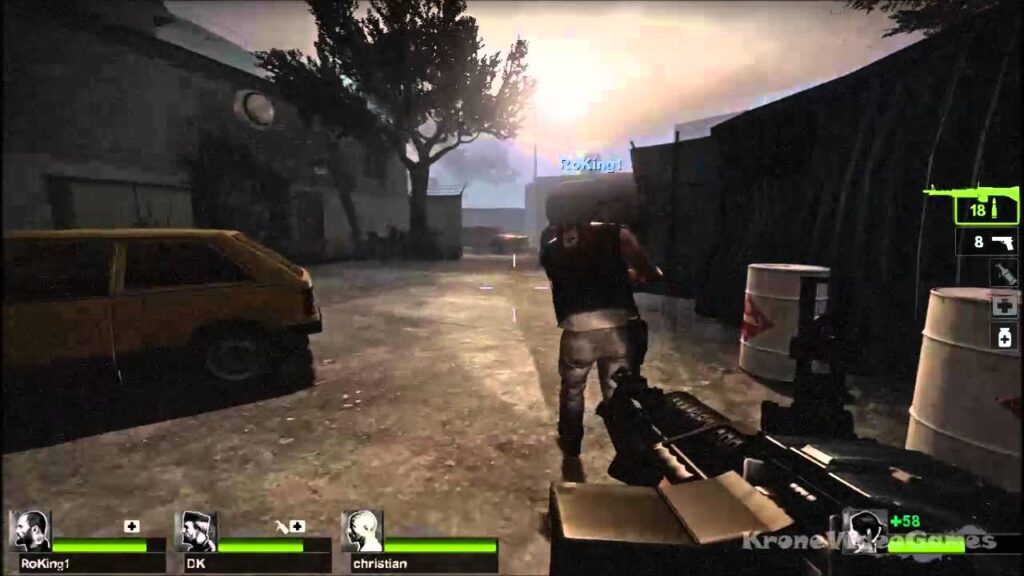 Dead Island is a Zombie Survival Role playing game developed and published by techland. It features an apparent open world roaming, divided by relatively large areas, and played from a first-person perspective. Most of the gameplay is built around combat (mainly melee weapons) and completing quests. Dead Island is an action role-playing game and uses experience-based gameplay. The player earns XP by completing tasks and killing enemies. Upon leveling up. The player gains health and can invest one skill point into a skill tree and level up one of their skills. 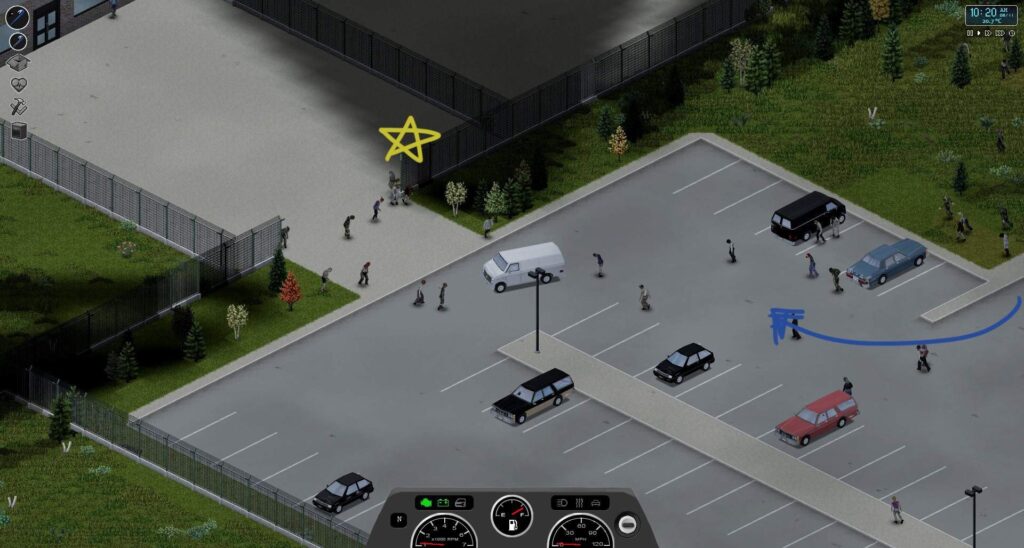 Project Zomboid is an open world survival horror game currently in early access and being developed by independent developer. The game is set in a apocalyptic zombie infected world where the player is challenged to survive for as long as possible before dying. This game is played from an Isometric point-of-view, players must survive a zombie apocalypse in Knox Country, a partially fictional location heavily influenced by the area around real-world Muldraugh and West Point, Kentucky U.S.A.

In the game, Survivors must scavenge weapons, food and medicine while exploring vacated streets and buildings. When encountering zombies, the player must fight with whatever he has on hand which can range from a powerful. Fire Axe to a puny Butter Knife. Sometimes, running away is the best solution. Source:

PUBG vs FAUG: All things you need to know about these games

Among us: How to play Among us.