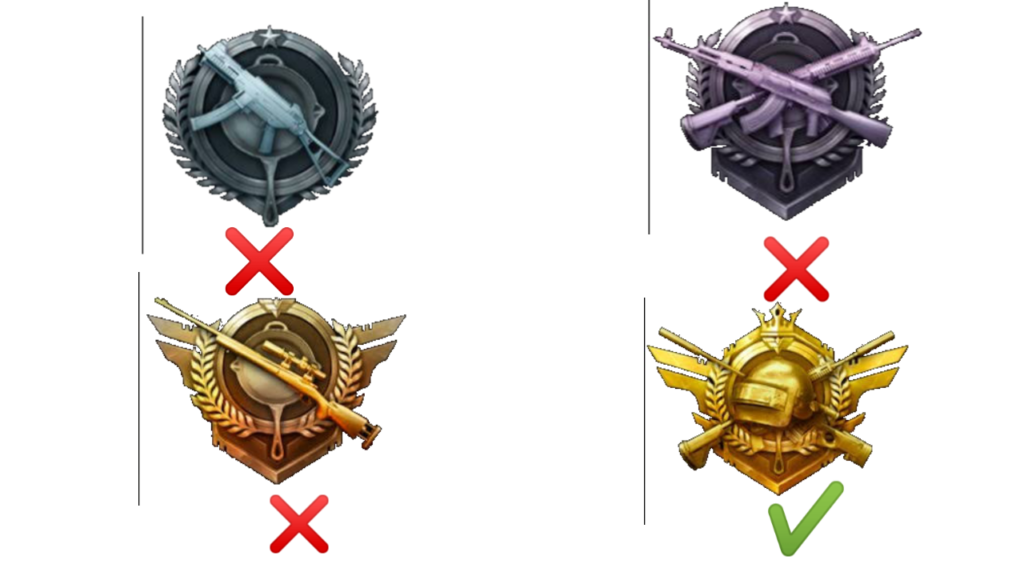 The first tip is to land in a safe place. During rank push in BGMI mobile always try to land at a safe place where there is no chance of anyone to land even you can go to spawn Island. Try to survive till the last circle for gaining more points.

During pushing rank in BGMI always try to avoid squad fights in a second or third circle because if you die during the fight, your rank might drop or you will just get 5 or 10 points. So always avoid gunfights. And if the zone is at Sosnovka Island then you need to cross the bridge. So always move with a boat and from a safe place because boats can be blown up even in one mag of M416.

During rank push in BGMI, never land on a hot drop even if you are a professional player because if you die early then definitely you will get a 30- 40 rank drop which will take 2 matches to recover means you will need to waste your 1 hour in recovering the previous points and then your rank will increase.

While pushing rank always try to third party other squads but from far. Don’t go too close to them or they might kill you. So be careful and secure some kills by a third party. Always try to kill a knocked player and steal others’ kill.

During rank push camping is the best thing to do because seems much easier. But camping does not means that you become snake in grass or stay in a house without any footstep. But here camping basically means to hold a good compound and keep eyes on everything. If someone attacks your compound then try to fall back or if you cannot fall back then at least try to kill one or two of them and secure your kills because being prone in open is very prone to death.

During rank push better not to use the vehicle as much as possible because the vehicle is a key to exposing yourself. Using a vehicle till 4-5 zone is better but after this better to leave your car behind as it attracts others’ attention and also exposes you. Use vehicle only if one enemy is remaining and you think that he has become a snake. At that time you will be more safe in-car rather than without a car.

So next tip is to kill bots as many as possible. Killing bots increase your kills and you will gain more points.

The last tip is to select a good teammate who is a good player and will give you all his kills to you and help to deal with any situation.

Side effects of Rank Push in BGMI.

By doing rank push in BGMI  your camping skill will increase and you will be better at camping during the classic mode. Your gameplay pattern will change and you will always camp in intense situations. You will afraid of death and always try to save points and avoid the rank drop.

After rank Push, you will find some difficulty in killing enemies. As your aim is spoiled then you will struggle to kill people. This will also force you to camp. So better play a TDM match before starting the classic match and in last before you stop playing, during the rank push.

Also read Top 10 noob mistake most of the players makes

2 thoughts on “How to Push Rank in BGMI Mobile: Top 10 Tips”