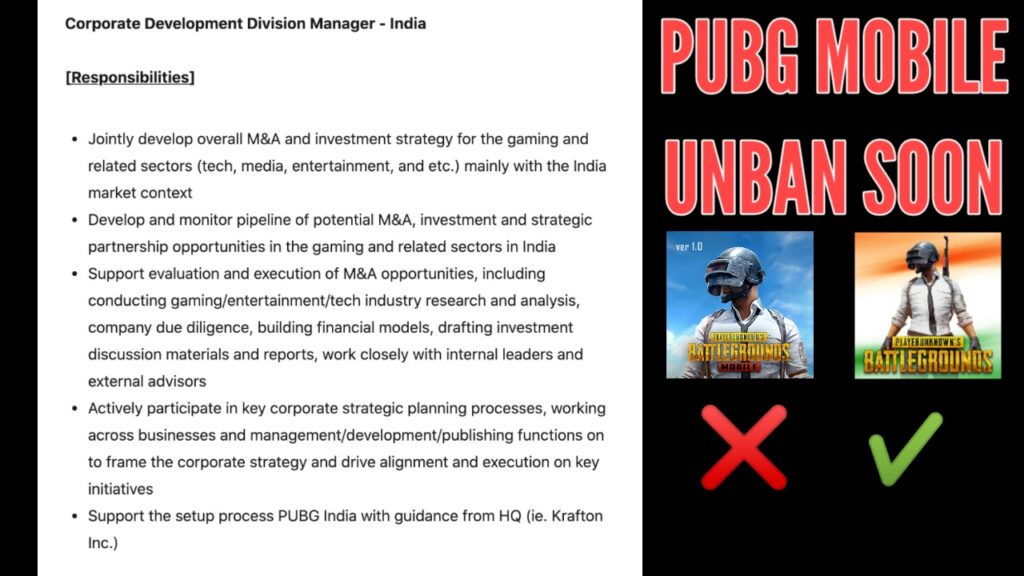 It has been 51 days since PUBG Mobile is banned in India. PUBG Mobile was banned in India on 2 September along with 117 other Chinese mobile apps. The game was banned for having a Chinese partner. Indian government banned PUBG Mobile security issues as there were many problems between India and China. But now it seems that the game in going to unban soon. For now, game is working properly despite the attacks of DDOS. The game seems to be unban soon it seems that PUBGMxAIRTEL collab is successful. Right now PUBG Mobile has announce about Job listing for on their LinkedIN account.

After the failure of PUBG-JIO Partnership theory, a new rumor emerges out about PUBG-AIRTEL Collab. The news was leaked by Entrakr and this rumor spread again.

But now it seems that PUBG-AIRTEL Collab has been successful and the game can return anytime. But still just wait and wait and play as the game is working.