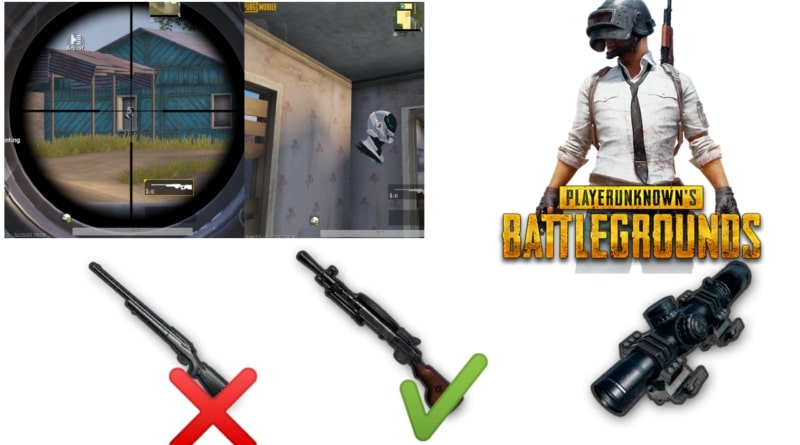 How to win every Medium and Long-range fight in BGMI?

Everyone is not Scout who can use all guns in all ranges. Everyone cannot use guns like M762 in medium-range and spray with them. So first choose which gun is best for you for spraying. You can use DP28 or M416 or MINI 14 like guns for medium range. Scar-L is also good because of low recoil but less stability so better to use it in tap fire mode and switch to M416 if you got one.

As we said earlier, like a scout, everyone cannot use any gun in the medium range. Similarly, not everyone can handle all types of scope in all ranges. As we know 3x scope suits best with M416 and 4x suits best with DP28. And 6x scope is best for all guns and all ranges (not for close range).  You can use max zoomed 6x scope with DP28 is most stable than any other guns. You can also use M416 with full 6x in tap fire mode because of low recoil (not that much)

Attachments matter the most in Medium and long range in PUBG. If you using M416, you should use a Vertical Foregrip or a Half grip. Halfgrip is the all-range grip and best grip for M416. Most beginners avoid Half grip because it decreases the camera stability of the gun but increases handling. Also, Angled Foregrip is also a good grip for M416 because it decreases the horizontal recoil of the gun which is uncontrollable as the gun moves randomly in the left or right direction. For Scar-L, vertical foregrip or Angled foregrip is a better opinion rather than a half grip as it decreases camera stability which Scar-L already has very low.

This is the most useful tip for Medium and long range fights in PUBG. As we said “never mess with AWM” in medium or Long range. In the higher tier, most AWM using players are very good at sniping. So when you hear the sound of AWM, just try to avoid taking a fight from them, or try to get closer so that they will not use AWM. Also, if you have AWM, then don’t let your enemy come closer to you can use your AWM. Similarly, if you hear the sound of Groza or MK14 in close range, be careful and ready for some heave action. 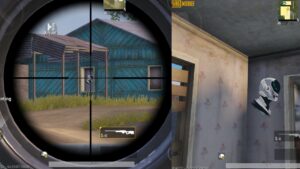 While in medium-range fights in PUBG, keep changing your position so that you may not get shot. As most of the sniper enemies keep their scope on the same place where they saw you first. Just change your position and take advantage. You can also use graffiti to confuse them. Just make graffiti on a wall as opposed to a window and let your enemy be confused.

When you are fighting long range, always keep moving so that you may not get shots by a sniper. Even if you get one, you will not get a headshot if you keep moving. And never become a snake while looting. Instead, just keep moving while looting to avoid the enemy’s headshot.

While in a medium and long range fight, never underestimate DP28 as it is the most stable gun and the enemy can easily kill you in one mag. Even in long-range, DP28 is a very good gun and players can use it with a fully zoomed 6x scope because of its high damage and low bullet drop. If you see a player running in the open in medium-range and you have DP28, just get prone and start firing them. There will be no chance for them to survive.

In the above situation, we said if an enemy is running open and you start firing him with DP28. Now, if you are running in open and someone starts firing you then, just move in a Zig-Zag motion. By doing this you might get some chances for surviving if you will be lucky if not you will get a crate with a green light. Also burst spray of DP28 is very powerful in Long-range where you can’t spray easily. Just fire 2-3 bullets burst for better handling.

Sniping is the best and easiest task to do in PUBG while in a medium-range fight. Do you know, a sniper has the biggest role in a team and also gives you many advantages. And a sniper becomes more powerful if he gets an AWM. If you want to learn how to snipe, then click here.

What is the advantage of becoming a snake? Obviously, nothing but it gives you the advantage of low recoil as recoil becomes very less while prone. If you use DP28 while prone, it would be like a laser gun with almost negligible recoil. But be careful. Don’t become a snake in the open or you will be an easy target. Because snake=Crate.

Before engaging in a medium and long range fight, always boost yourself. Drink some drinks and painkillers. Or just an adrenaline syringe for a full boost. So that you will get greater health advantage or if your health will 75%, it will to 100%. And you will not die from a sniper if you have a level 3 helmet with full health.