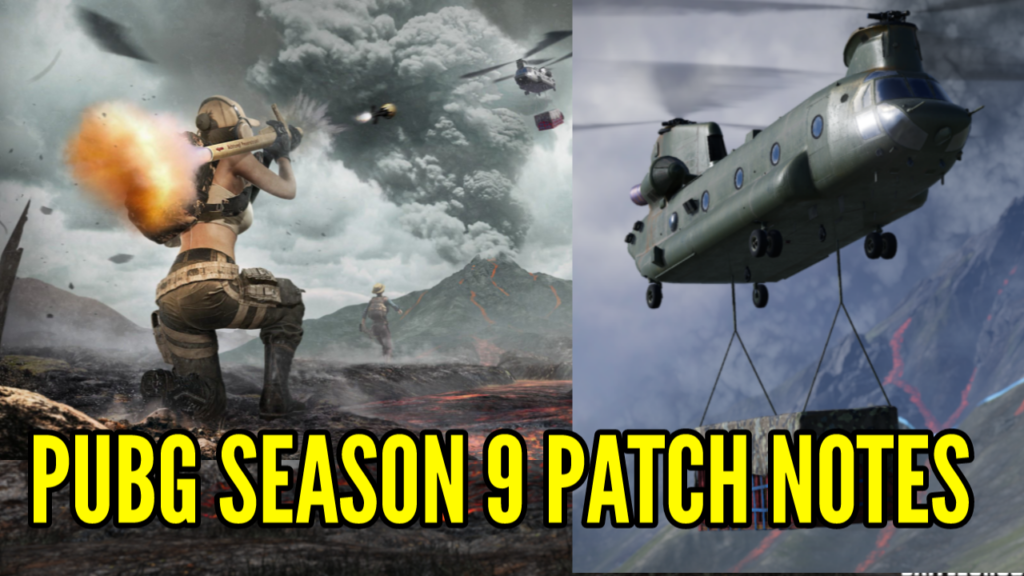 The patch notes of PUBG Season 9 has released. Check them here. The release date of season 9 update is 21 October.

Cradled hidden among the clouds in the highlands of South America lies Paramo, an ancient land with ancient secrets. Paramo’s dangers are plentiful, but none so dangerous as the active volcano nearby whose molten lava streams flow across the land. Survivors dropping onto the Paramo Battlegrounds will only be able to reach the highlands via helicopter, which also have the task of distributing Care Packages around the field.

Paramo is a 3×3 map with a dynamic world new to PUBG. This dynamic world system alters locations between matches, making every trip to Paramo a unique experience.

Read on for the full details!

Due to our new Dynamic Map Locations system, Paramo will be provided as a Seasonal Match separate from current matchmaking pool.

A new ranked season has begun. Ranked rewards earned from Season 8 will be granted to your account upon login.

These are some highlights of Patch Notes. Read full patch notes here.