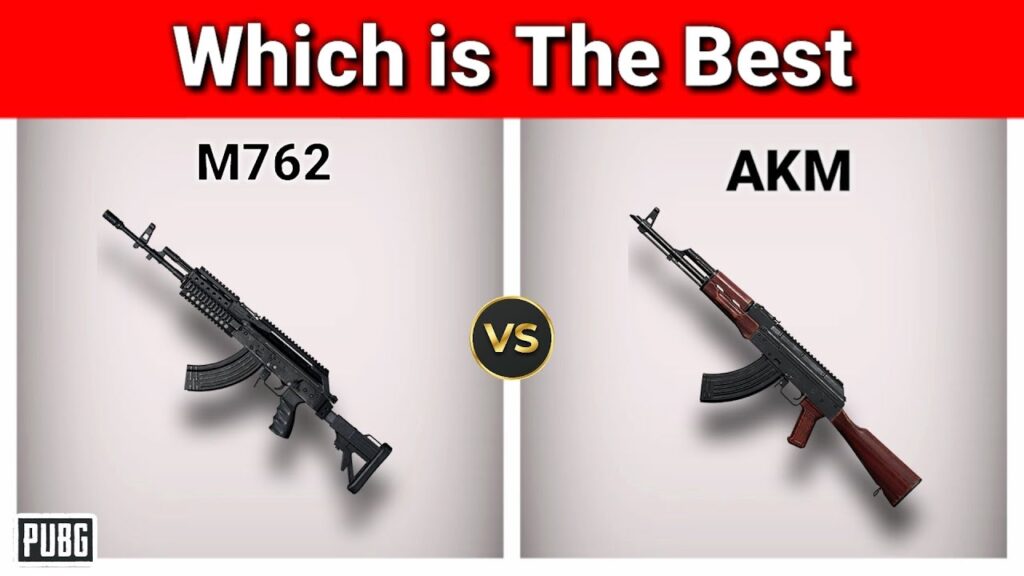 Today, there are a lot of people, who play the popular Battle Royale Game, PUBG Mobile (BGMI in India). But most of the person is always confused about making the choice between AKM and M762. As AKM has high damage, will it help better in close range or the beryl beast will help you. As the question arises, which gun is better and which gun YOU should prefer. So, in this post, we will compare these guns, and then we will conclude, Which gun is best M762 or AKM? Let’s get started.

As we look at both guns, we can notice that AKM has higher damage than Beryl, but there is a twist. Beryl has higher Damage Per Second than AKM. But what is Damage Per Second (DPS)? In Easy words, damage per second is defined as the damage done by a gun in one second while firing automatically. It depends on the Rate of Fire of the gun. We can find out the DPS of any gun by multiplying the Per Bullet Damage (Damage done by a single Bullet of a gun) of that gun with the Rate of Fire of the Gun.

Here, we are comparing the two close-range guns in PUBG and DPS matters but not much. There are different scenarios where DPS will work well but not with Beryl. So in this case, the higher DPS is not much needful. Rather, a High Rate of Fire will reduce Handling and decrease stability.  In this case, AKM will be a better option. 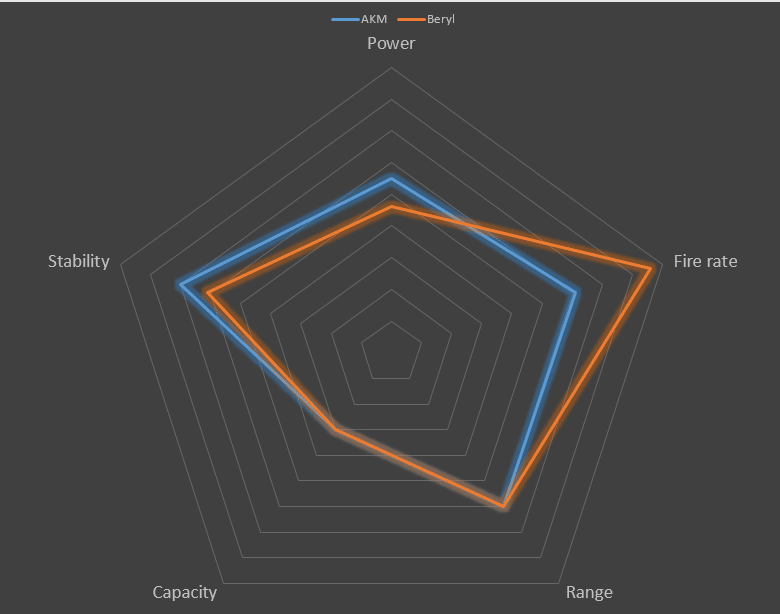 Well, Well, Here we are at the end. As we can see both guns are equally better and beast for close range and M762 has higher DPS. But in addition to high DPS, beryl also has less stability and high recoil and this factor makes it difficult to use especially for beginners and thus, this gun is not much ideal for close range.

And what about AKM?

AKM has very high per bullet Damage (49) which is the highest an Assault Rifle can achieve in PUBG. And due to a good amount of Stability and comparatively lower Recoil (than m762), AKM is Easier to use even for beginners.

In my opinion, AKM is the best gun for close range. While keeping all factors in mind, AKM has low bullet spread, fewer attachment requirements, and easy to control recoil. So my answer to the question “Which gun is best M762 or AKM?” is AKM. Probably, AKM is the winner of the match -AKM vs m762.

Also Read: Kar98k vs M24: Which is the best sniper?
Vehicle in PUBG: All Vehicles present in the game.

AKM vs Groza: The Best vs the beast