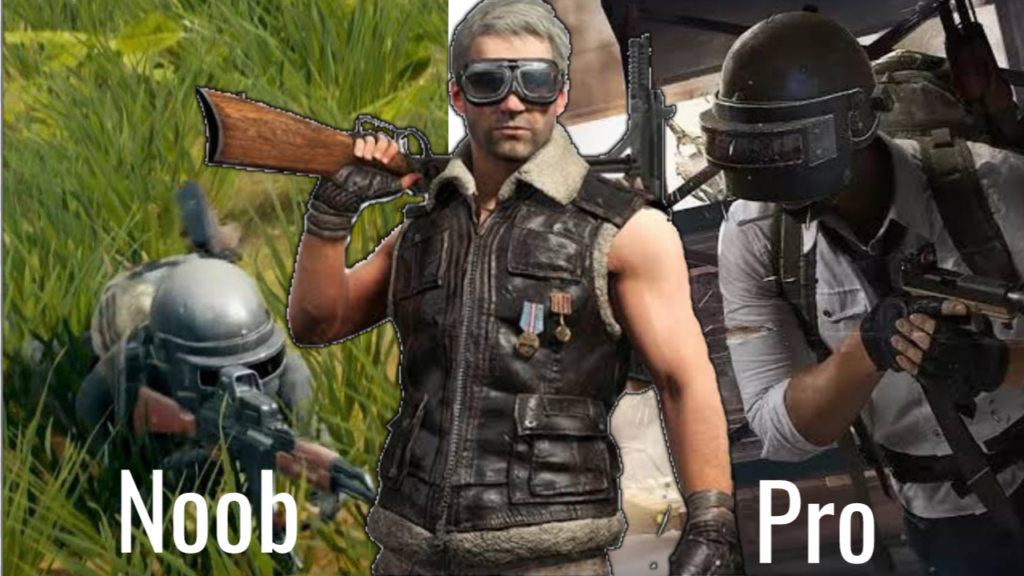 Here are the top ten tips and tricks for winning every close-range fight. Every tip has its own benefit and its own disadvantage. But using the tips in the right way will always give you some benefit in close-range fights.

The second tip is to change position. While fighting a squad in close range, if you are in a house and firing them, then don’t shoot again and again from the same window. Change the floor of the house or at least change the window because sometimes the enemy might do pre-fire on that window and you can get knocked as well. And if you are outside the house or using a tree as a cover, each time you peek, change your direction it means, one time peek from the left and then peek from the right.

The third tip is Headshot Mentality. Most of the time when a player shoots an enemy, they mostly shoot on their vest. But if you shoot at an enemy’s head he will get knocked too quickly as there is much difference between the damage done by body shot and headshot. So always try to hit on enemy’s head. This will give you the advantage as the enemy will knock quickly and your health will drop very little.

So our fourth tip is Drop shot. When you are in a close range 1 v 1 fight, most of the time enemy put the aim on your head or your vest, so laying down suddenly will disrupt the aim of the enemy and you can kill them easily, but Drop shot requires some practice because while lying down your aim also got disrupted, and to recover the aim quickly you will require some practice. Also, Drop shot will not work sometimes as the enemy recovers his aim quickly then he will hit all the bullets in your head giving him an advantage

Our next suggestion is to jiggle while shooting in close range. Jiggle is a strange movement that confuses the aim of the enemy and helps kill them easily. To do jiggle you will need to practice in TDM. Decrease the size of your joystick and while firing, always move the joystick left and right. Once mastered, you will become a very pro in close range. But moving the joystick too quickly doesn’t mean jiggling. It is just like you are standing still and the enemy can kill you easily.

Taking TPP is a good strategy in close range. Sometimes while in a close-range fight, when enemies are rushing towards you, take TPP and take the advantage of perfect timing. Wait for the moment and surprise the enemy by quickly coming out of the cover and killing them. When enemies are rushing in the open, always wait for the enemy to reach the point where they can’t find any cover then shoot to kill them easily. But taking too much TPP is also useless.

The next tip is crouch and fire. When you try to do different types of movements, always in a close range 1 vs. 1 position, one of them is crouch and fire. You have to crouch while firing. It helps when the enemy is aiming towards your head, so by crouching, he will miss some of the bullets giving you an advantage. But crouch and fire don’t always work, in the case of an enemy who was hitting you on the vest but you crouches in front of him, in this scenario bullets that were supposed to hit your vest will now hit your head giving him an advantage.

Now Pre-fire. Pre-Fire is a tactic that is very useful to defeat an enemy who is taking TPP. While rushing enemy, when you estimate the position of the enemy or you see that enemy was taking TPP at that point starts firing even before you see an enemy. By chance, if the enemy peeks from there you will already hit some bullets at him giving you an advantage. The same thing applies to the house, when you see an enemy who keeps peeking from the same window, do pre-fire on that window to kill him.

9. Know which gun enemy is Using

While taking fights you must know how well the enemies are armed. Use your sound sense to know which gun they are using. And keep yourself mentally ready. If you hear the sound of big heavy guns like GROZA, MK14 or M249 you will need to kill them by taking advantage of TPP and if you are in a 1vs 1 situation, try to do different movements like crouch, jiggle, jump, drop shot.

And the last tip is Jump and shoot. While rushing an enemy who is taking TPP always rush him using Jump and Shoot and Pre-Fire. Jump and shoot is a tactic that always works. Imagine you are rushing an enemy who is taking TPP. You rush to him by Jump and Shoot if the enemy was aiming at your vest will hit the bullets at your legs or if he was trying to hit at your head then his bullets will hit your vest instead of your head. And also jump makes your aim towards the enemy’s head again giving you a headshot advantage.

While in a 1 vs 1 close combat always try to take advantage of the enemy’s mistake. This will help you in any situation. Like if the enemy uses a drop shot, quickly jump in any direction and kill him with the help of jiggle.