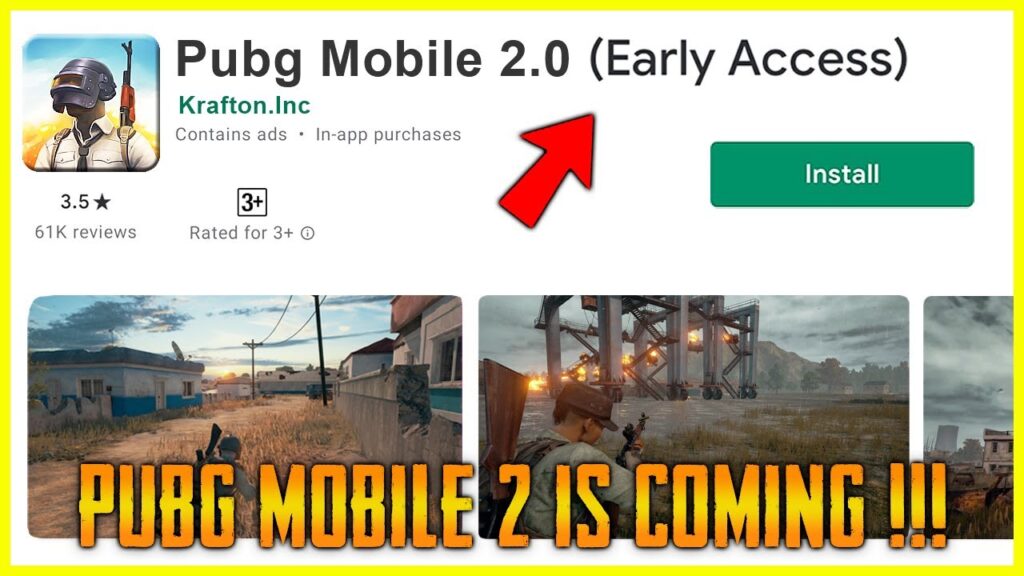 Yesterday, PlayerIGN who is a trusted and one of the best PUBG centric leaker tweeted a post on Twitter regarding PUBG Mobile 2 which states that PUBG Mobile 2 is going to release next week may be in the first week of March. It will be a Futuristic type game and its map will be set in a 2051 environment.

According to PlayerIGN’s Weibo post on Twitter which suggested that PUBG Mobile 2 could be released next week:

PUBG Mobile 2 may release next week.
– Set in 2051
– New map
– Futuristic style, utilizing gadgets – Supports Android/iOS
– Will be announced next week (presumably at PGI.S, are we going to see another Diablo Immortal incident?)

Some youtube also stated that PUBG Mobile 2 will also include drones and deployable bunkers, which should add a whole new dimension to the somewhat aging mechanics of Battle Royale games. It is possible that PUBG Mobile 2 will not be available globally at launch. Its developer, Krafton, will very likely announce it next week, solicit players for a beta test and then launch a full version several weeks or even months after the initial reveal.

Moreover, the sequel to PlayerUnkown’s Battlegrounds is expected to be available for both Android and iOS users, acting as a source of joy for millions of PUBG fans across the globe. Another previous leak on Twitter suggested that version 2 of the royale game could include support for cross-platform capability across PCs, gaming consoles, and mobile.

This means that the new version of the game might be playable in India too, where PUBG Mobile is not available to play. Furthermore, the game could be handled by key personnel of PUBG Lite, which is a toned-down variant of the game for low-RAM phones.