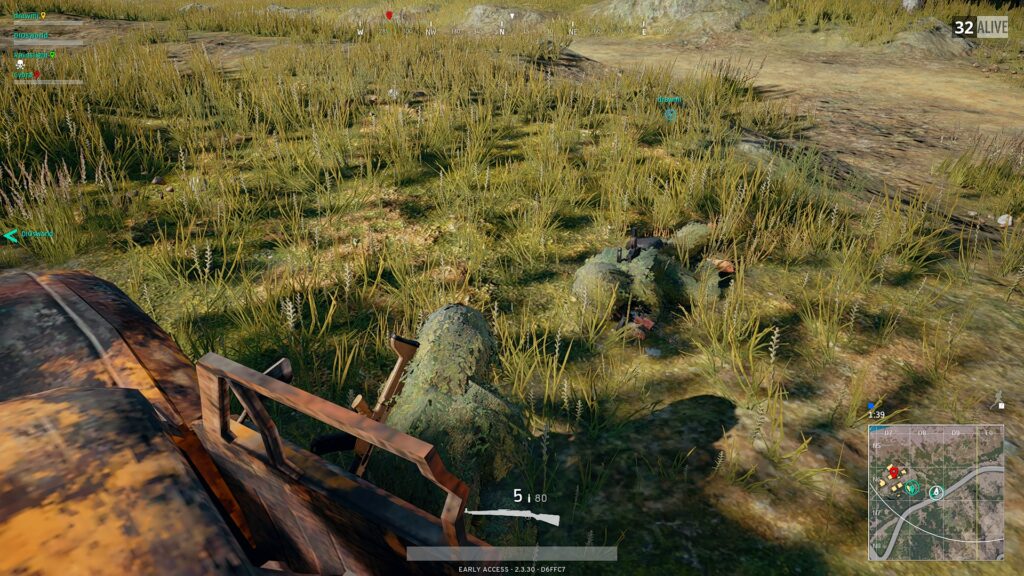 As we all know, PUBG is a survival game and the main motive of all players in the game is to survive not to get more or the highest kills.  This post will focus on the survival tips for PUBG other than gameplay tactics basically we will till the tricks to survive the battle royale and get that chicken.

Survival Tips for PUBG #1: Land far from others.

When we say play safe it means you need to land a place where you can loot the area with less danger basically lands at any place which is away from the plane path. Like if the plane path of the plane from georgopol towards yasnaya Polyana, it would be better if you go to Sosnovka Island to find some level 3 loot. But better to hurry as the zone may not be with you and you will need to rush towards the bridge.

Survival Tips for PUBG #2: Stay aware of your surrounding.

While looting or exploring be aware as another player can also think like you he can also come to the place where you go. It’s better to be aware if you want to win the Battle Royale. Also while invading an area or if you are thinking to hold in some compounds then first make sure no one is there then keep eye on your surroundings and better to stay on the higher floor to get a height advantage.

Survival Tips for PUBG #3: Get a vehicle and roam

If you are bored of staying in one area and you wanted to go somewhere else, then just be with your vehicle and roam in it rather than going on foot. Or you can hunt some airdrop instead of holding some compounds maybe you can get some free kills. Or just drive your car at the edges of the zone and keep changing it if the fuel went off. If you want to survive then you will need to stay away from enemies.

As we said earlier, Avoid taking the fight in the early games as there are more enemies alive and he may kill you in the third party. Better to stay away from the enemy and watch his action and see if someone else comes to fights him. If he got involved in a fight, take advantage of the situation and kill both of them if you got a perfect moment.

While looting, always go for level 3 gear and arm yourself better so that you will get an advantage during the fight. Like if you get a level 3 helmet, then it can protect you from getting killed if you got a headshot from Kar98k or M24. And if the enemy had an AWM thennnn…. Just try to run away there is nothing that can save you from an AWM.

Survival Tips for PUBG #6: Loot the drop after smoke end

If you want some airdrop guns and level 3 gear, First wait for the red Smoke to end as smoke attracts predators and someone might be waiting for you to loot the airdrop and will finish you up while you will be busy in looting the drop.

While in the Top 20 or Top 30 Situation, Always look for some action to happen. If two or more players are fighting with each other, try to find a better place from where you can kill all of them without being detected or finding some trouble. This will give you some free kills.

Survival Tips #8: Keep your car safe in the top 10 situations.

When you are holding a place, keep your car at a point where it is safe from enemies and you can easily access it during an emergency. It’s better to keep the car at a ridge which is towards the blue zone or behind a house.

Survival Tips #9: Hiding in the grass will not be a good idea.

This is the biggest mistake most people make. They think hiding in the grass is safer than hiding in the house or whatever they think but it is the biggest mistake as someone who is on the first floor of a house or at a point with the higher ground can easily spot them. It’s better to kill other snakes rather than becoming a snake and get killed by some snipers or M416’s spray.

Survival Tip #10: Use throwables properly in the Last zone.

Our last but not least tip but a good way of dragging attraction. Just take out a smoke grenade or a fragmentation grenade and throw it in the opposite direction away from you. This will certainly attract the enemies and they will think the last enemy is on that side.